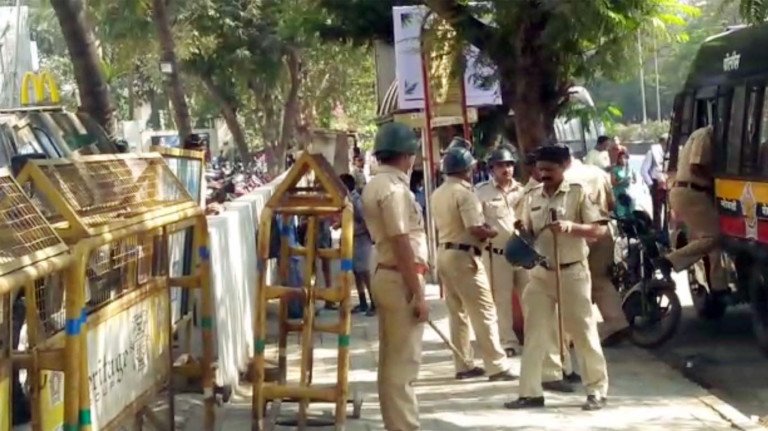 Against the backdrop of the Sakinaka rape and murder incident, Mumbai Police Commissioner Hemant Nagrale has given new orders to strengthen the safety of women in the city.

Accordingly, on Tuesday, September 14, the Mumbai Police announced the formation of ‘Nirbhaya Squad’ for women safety.

This came days after a young woman was raped, brutalized with a rod and died later in suburban Sakinaka.

Among the elaborate guidelines issued to Mumbai Police, Commissioner of Police Hemant Nagrale has also directed the police force to create awareness about helpline number 103 for women safety.

The women safety squad would be on regular patrolling duty and would constitute a lady sub-inspector, a woman constable, a male constable and a driver. The squads will work to prevent the cases of harassment of girls, women and children.

Here are the guidelines issued to Mumbai Police for ‘Nirbhaya Squad’:

Moreover, the Additional Commissioner of Police should set up Counselling centres in their jurisdiction for minors, victims. Children affected will be counselled by a psychiatrist at M Power.

Training for electronic devices like Pen cameras should be initiated which will be useful as evidence against the accused in a case filed under section 354(d). Information about the use of cameras should be stored. Workshops will be organised to train Nirbhaya Squad officers and executives.

On the other hand, Nirbhaya Squad should organise training workshops in Schools, Colleges, girls hostels for self-defence. A box namely “Nirbhaya Peti” should be provided in every place. Besides, workshops for the safety of women should be organised, awareness booklets should be distributed among.

Every week, the Additional Commissioner of Police should hold a meeting with the officers working for “Nirbhaya Squad” over the measures regarding the safety of the women. Squad to correct the errors in their work. Team working great should be encouraged by felicitating and appreciating their work.

Nirbhaya Squad should also create public awareness in the schools, colleges and public places of the punishment for the offence registered under POCSO, in order to curb the harassment of children in the Slum regions.

A regular report on the performance performed by Nirbhaya Squad is to be submitted. Every month, a squad that works the best will be rewarded in the hands of the Mumbai Commissioner of Police.