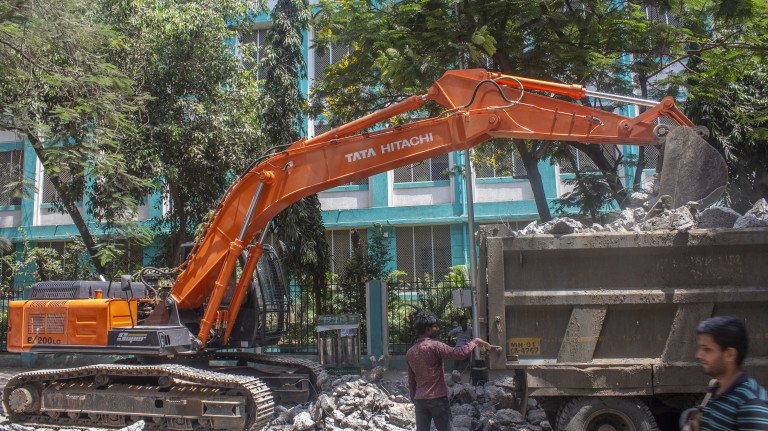 The residents of Kandivali‘s Lokhandwala Township are against the construction of a two-storey toilet in the garden. They have reportedly asked the Brihanmumbai Municipal Corporation (BMC) to stop the construction.

The residents feel that it will ‘eat into the open space,’ which is used by hundreds of local people. The neighbourhood society residents have written a letter to Iqbal Singh Chahal stating that the toilet would be inconvenient for the garden users.

According to the media reports, in the letter, they have written that there is an unauthorized construction of a toilet inside the plot reserved for a garden in the park behind their society.

They have further added that the park was inaugurated a few days ago by BJP MLA Atul Bhatkhalkar after the up-gradation and beautification work. The plot is reserved for the park. However, a toilet is being constructed, which is illegal. In the letter, they have urged Chahal to order the concerned department to stop the construction work immediately.

The garden is located in Kandivali (East) near the Lokhandwala complex, spread over 20,000 square meters. A few housing societies too, have complained to BMC to stop the construction of the toilet.

Commenting on the situation BJP MLA Atul Bhatkhalkar said that they are not against the construction of toilets, but constructing a massive toilet inside the garden does not make sense.

According to the reports, Sandhya Nandedkar, assistant municipal commissioner, R-South Ward, said that she had not received any complaint letter yet; however, they will examine the situation when she gets the letter.