Bollywood actress Kajol and along with her mother Tanuja and sister Tanisha marked her presence at a puja pandal to offer prayers on the occasion of Durga Ashtami on Wednesday. The ‘Baazigar’ star was also accompanied by her son Yug. Several pictures and videos have been doing the rounds on the internet, in which Kajol can be seen sharing smiles with her mother and sister. In one of the clips, Kajol’s son can be seen clicking her pictures. 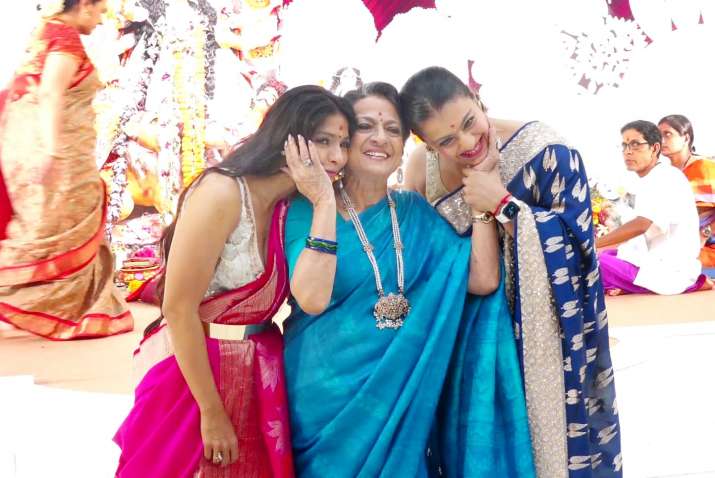 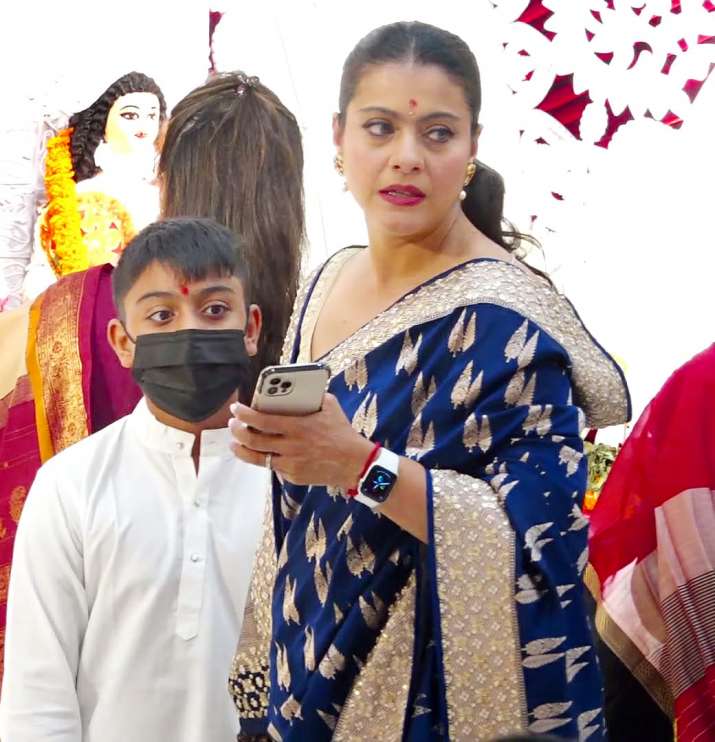 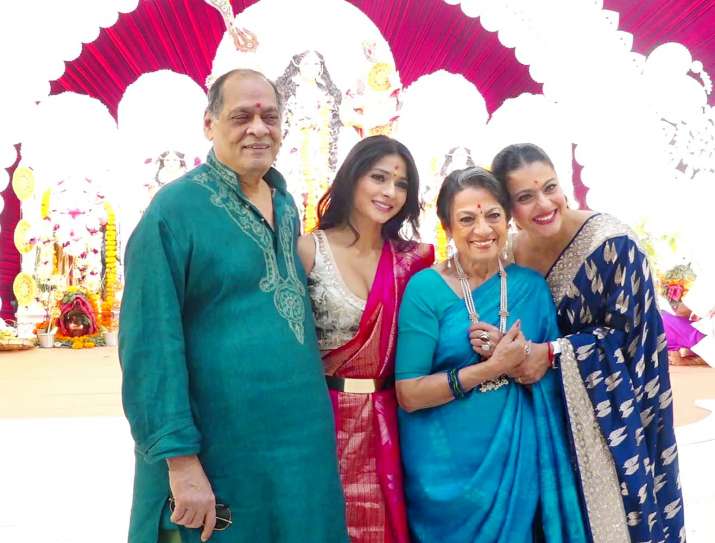 Family get-togethers are one thing that Kajol undoubtedly loves. A day ago, she even broke down while meeting her relatives after a long time.

For the Durga Ashtami, Kajol chose to wear a silk blue saree, which was adorned with a heavy border. Tanuja and Tanisha were also spotted wearing stunning sarees. Kajol even shared a picture of her look on Instagram. “Day 2 . Wishing everyone a very happy Durga Ashtami.#daytwo,” she captioned the post.

Kajol’s festive look has left fans in awe of her beauty. “You look so beautiful,” a social media user commented. “You impart positive vibes,” another one wrote.

Meanwhile, on the professional front, Kajol was last seen in the Netflix film Tribhanga.She will next be seen in Revathy’s next film titled The Last Hurrah.