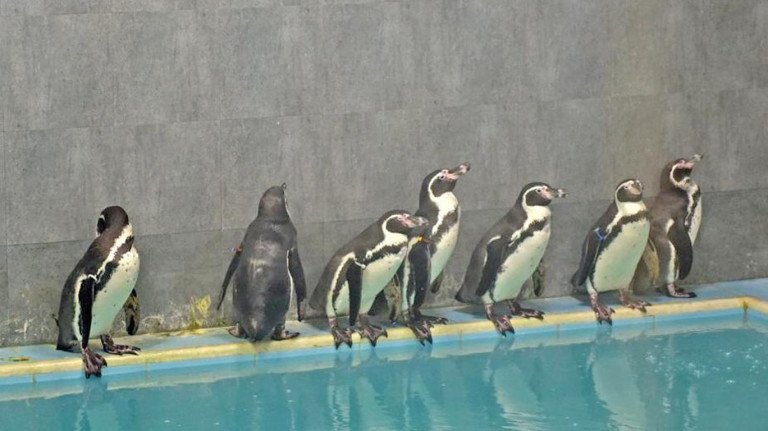 This year, the city’s Byculla zoo opened its arms to two penguin chicks, one of them being named Oreo who was born to Donald and Daisy, Humboldt penguins, stated reports. Of the seven Humboldt penguins, two were at the Veermata Jijabai Udyan, this year on May 1.

Another chick was born to Flipper, who is the oldest female amongst the Humboldts and the youngest male penguin in the zoo, Mr Molt, on August 19, highlighted accounts. The zoo authorities are observing the baby penguin who is stable and whose sex will be determined to post a DNA test. In addition to this, the chick is yet to receive a name. The chick is being taken care of by the parents by means of a process titled brooding.

In accordance with their characteristics, each penguin is named after a revered cartoon character like Bubble, Daisy, Donald, Dory, Flipper, Mr Molt, Olive and Popeye. In 2016, these penguins were brought to the island city from Seoul. Unfortunately, owing to a bacterial infection, Dory passed away in just a few months of coming to the city.

Kishori Pednekar, Mumbai Mayor elaborated on the newest additions to the zoo stating that Bubble, after the death of Dory, did not have a mate, but is looking after Oreo with his parents. The zoo authorities also elucidated that the four-month Oreo, is interacting well with the colony, stated narratives.

It is also said that Humboldt penguins, stay lifelong partners after being paired. The six-year-old Molt mated with Flipper in 2018, who is almost 8-years-old now. Regrettably, born on Independence Day 2018 in India, the firstborn penguin succumbed a week into its birth.

Accounts claim that Humboldt penguins tend to mate when they are three-and-a-half, during two mating seasons which are March-April and October-November. During the mating period, penguins pair up. After which, the female penguin lays eggs in a month-and-a-half, followed by parents taking turns to incubate the eggs.