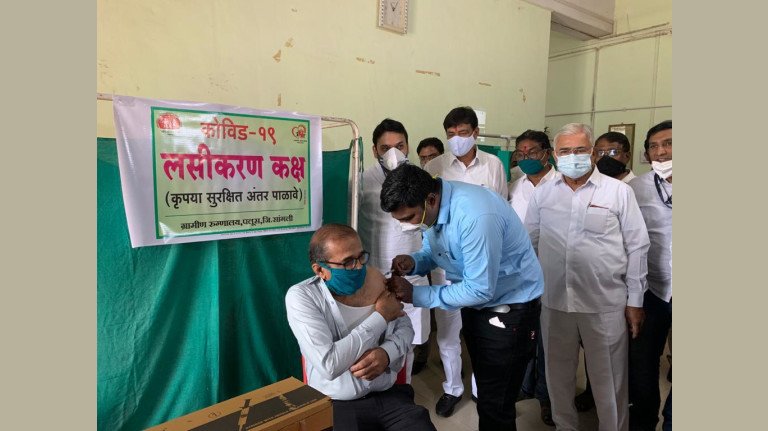 The Brihanmumbai Municipal Corporation (BMC) has been carrying out COVID vaccination drive, effectively across the city, and as per reports, the officials from the health department aim to fully vaccinate over 9 million eligible adults in the city by February 2022.
On the other hand, it is also expected that all the eligible adults from Mumbai would have at least received the first COVID vaccine dose by Diwali 2021. Efforts are being made to achieve the target efficiently.

Vaccination camps and centres in Mumbai were open from March 2021, whereby the civic body, as directed by the central and state governments, administered vaccines to healthcare workers in the first phase. This was followed by frontline workers, citizens above 60 years of age and then between 45 and 60 years, in the following phases. Since May 2021, the government allowed the vaccines to be given to citizens above 18 years, however, the supply of vaccine led to several concerns in the initial months. The BMC had opened tenders for the same with an aim to improve the availability of vaccine, however, no positive response was received. This has resulted in significant delay in vaccination, despite which, efforts are being made consistently to continue the vaccination drive across the city.

Several citizens in Mumbai have received both the doses, however, the state COVID task force has appealed to the citizens to continue wearing masks and follow the guidelines issued for safety. It is being said that the same will have to followed until the end of 2022.

Data published in the Hindustan Times reveals that approximately 85 per cent of the eligible Mumbaikars have been administered the first COVID vaccine dose, and if the supply of the vaccine continues in the same pace, then the civic body would achieve the target of vaccinating the entire population with both the doses. The report also states that many citizens have also taken the vaccine from nearby districts and this accounts to 20 per cent of the population who visit Mumbai for professional reasons.

The report quoted, additional municipal commissioner, Suresh Kakani, who said, “We hope that all eligible adult citizens will get their first dose of vaccine by October-end, and both doses by say February. We have to consider the 84-day gap after the first dose. These calculations are valid if we have proper supply, which currently does not look like a problem. However, the vaccination drive will continue even after February 2022, as the scope might widen with vaccination for children below 18 years of age.”

So far, over 10 million vaccinations have been administered in Mumbai and the availability of vaccines has also improved significantly in September 2021, basis which the civic body has projected that approximately 1.5 million doses will be available before the month of September ends

Officials from the task force has asked the citizens to continue wearing masks and expects the vaccination to continue in the same pace, and anticipates that once this process is completed, the state will be ready for the booster dose, until which, i.e. till end of 2020, following COVID safety norms will be mandatory.

Below-mentioned is the breakdown of vaccination data as of September 22, 2021

Out of the above-mentioned data: